This is a photo of my grandmother Ruth McFadden Webb (1905-1985) from what looks like the early 1920s. According to the 1920 census* they lived on Amabell Street in Pittsburgh, Pennsylvania. 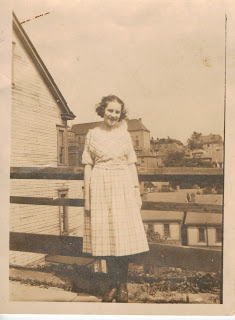 Here is another photo of Ruth with an unknown girl taken at the same location. It looks like she is wearing the same dress but has different footwear. 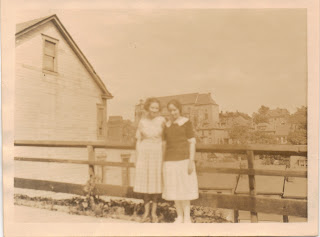 Searching for the street address on the 1920 census in Google Maps pulled up this image from 2011. After zooming in and out and virtually 'walking' around the area it does not appear to be the same location even though the geography in the background appears to be similar. The style and type of houses do not match. I first ‘visited’ this location about 2 years ago and decided that the picture must have been taken somewhere else. Since the McFadden family moved around the area quite a bit, it could have been at one of their other addresses. Unfortunately, the other addresses I have found don't match up with the Google Map images either.

Yesterday, while organizing my files I decided to return to Google Maps and take another look around to see if I missed anything. 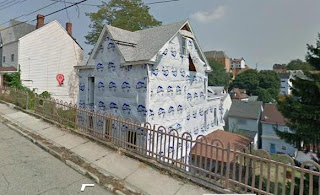 I noticed that the house next door was having some work done so out of curiosity I took a look at it. The image from Google Maps is dated 2011, but I don’t remember if this is the same image that was online the last time I looked for this address.

Looking at it more closely it seemed familiar so I pulled up the photo of my grandmother and compared the two. 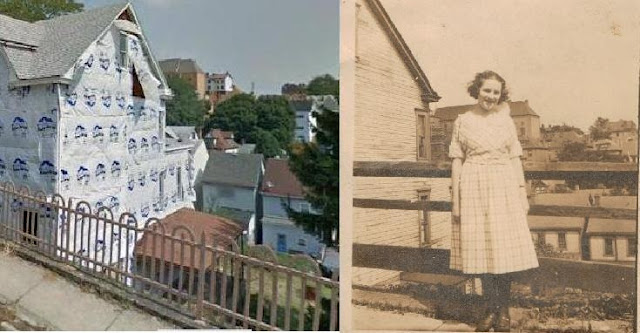 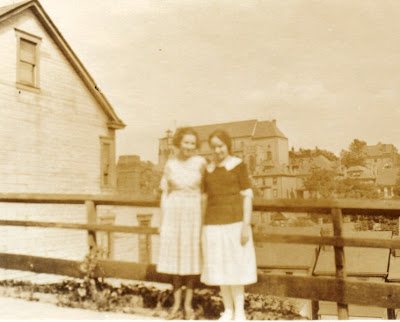 The location of the windows and the roof overhang definitely look the same along with the two houses to the right and the patio cover on the main house.

Another nice aspect of Google Maps is the ability to zoom out then click on and zoom into other parts of the map. Doing this I was able to determine that the large building in the background is St. Mary of the Mount Catholic church where Ruth attended school. I’m guessing the picture was taken at that location rather than in front of their house because the background was a bit more scenic.

Hopefully in the not too distant future I'll be able to visit Pittsburgh and even take a picture at the same spot. I'd also like to find out who the other girl was.