This mystery photograph was recently given to me by an aunt on my McFadden line and it is one of the few family photographs that actually has something written on the back, unfortunately, it includes two names of who it might be.﻿ 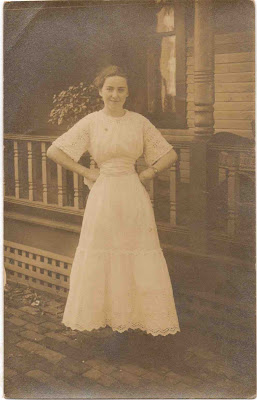 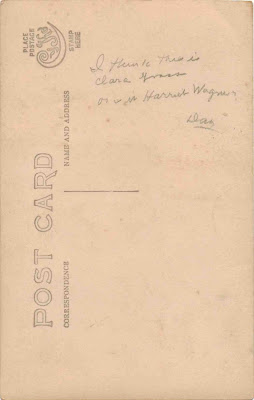 I think this is Clara Gross or it is Harriet Wagner.  Dan
The note was written by Daniel O'Connell McFadden (1900-1996) the brother of my grandmother Ruth McFadden Webb (1905-1985)
Clara Madeline (Schildhauer) Gross (1895-1989) was my mother's second cousin. So far I have not come across the name Harriet Wagner in my research so she could be a family member or a friend or acquaintance.  ﻿
Posted by Daniel Sample at 12:22 PM