As a Commissioner on the county historical commission (and yes, right now I do wish my last name was Gordon) one of my committees is to document historical structures that are in danger.

It was probably built in the early 1900s, maybe even earlier. 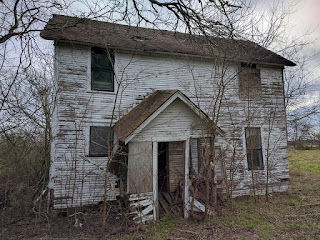 This is the back of the house that leads to the kitchen. 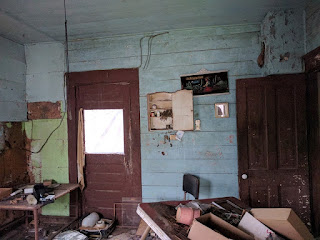 Here is a peak into the doorway. While it looks like a sneeze might make it collapse, it still seems quite sturdy. 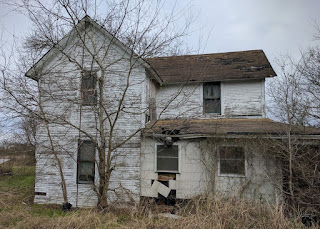 It was definitely built before plumbing. The new addition on the bottom right was for an indoor bathroom on what was part of the porch. It is also the section that is the most dilapidated. 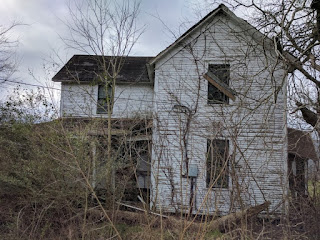 The opposite side of the house. 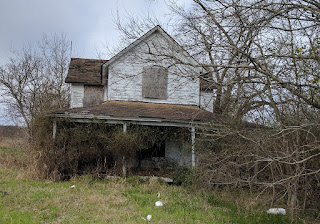 The front of the house. You probably could get on the porch, but I don't think you would want to. On the plus side, it's doubtful anyone will rush out of the house wielding a chainsaw.

With the widening of highway 36 scheduled to begin in early summer (2017) this is one of the buildings scheduled to be demolished. Not sure if this house could be rehabilitated, but it is sad such an interesting and historical home be torn down just to be replaced with more concrete.
Posted by Daniel Sample at 7:10 AM