Louis Romeo Neuland according to the 1870 US census for Allegany County, Maryland, was born in Prussia about 1834.[1]

In the 1880 US Census, he and his family is living in Connellsville, Fayette County, Pennsylvania.[2] He and both his parents are listed as being from Prussia and his birth year is about 1830.

Unfortunately, the 1890 Census was mostly destroyed by fire and I have not been able to find him or his family in the 1900 US census or any other records such as city directories between 1880 and 1910.  He then reappeared in the Washington County Old Men’s Home in Chartiers Township, Pennsylvania in the 1910 census.[3] This census has him listed as being from Germany and that he immigrated in 1851. 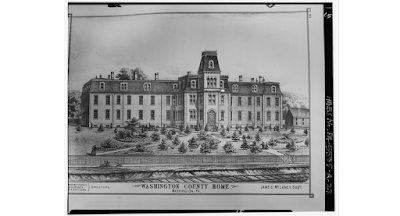 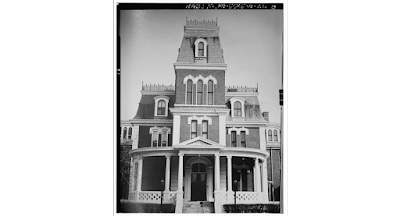 The final bit of information on him comes from his death certificate.[4] The date of death was 18 March 1912. It has him living in the Washington County Home for 7 years 6 months and 9 days and says he was born in Germany. It’s unclear who provided the information but he could have been someone from the Home. His death certificate also states that his body was shipped SAB (sent anatomical body) to Philadelphia, PA for medical research.

I have not yet located if any records from the Home still exist or where they may be stored. I have also not found where the body would have been shipped to in Philadelphia or what happened to the bodies after whoever received them was finished with them.  So far I have only searched online and posted a few queries on some message boards and Facebook. No replies yet. Another reason for me to pack up and take a road trip to Pennsylvania and do some research the old-fashioned way.