I have very few photographs of my family in their military uniforms. My father served in the Air Force from 1956 to 1959. My maternal great grandfather and his brother served in the Army for the Union in the Civil War. There were various paternal ancestors who fought for the Confederacy. Several years ago I was given the chest that belonged to my maternal grandmother and it was full of pictures, letters and other various items.

I am currently in the process of scanning each all of the items and I came across these three photos. Everything was mixed together so it is hard to tell if they were from my grandmothers side or grandfathers. There was a photo album of my grandfather and his family as a young man. It was the type where the pictures were glued onto black paper and bound together in a ledger type album. It had fallen apart and many pictures had fallen out. These three pictures were mixed in with those. 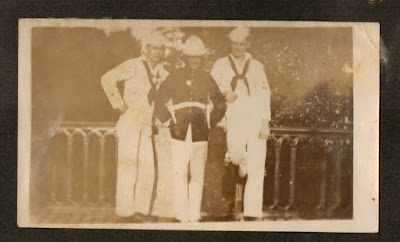 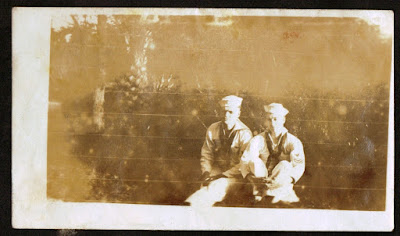 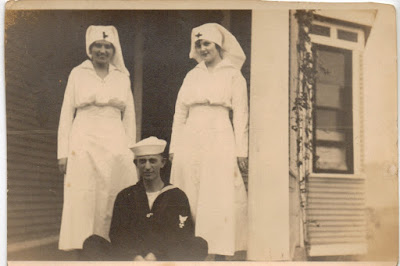 I have compared the people in the photographs to others in the album but so far have not found anyone who resembles them.  Also, I have not found any information on any family members who served in the Navy or the Red Cross at that time.

Posted by Daniel Sample at 6:31 AM