Ireland Trip - Last Day and back to Dublin Airport

For my final day, I was hoping to squeeze in a few more interesting sites. 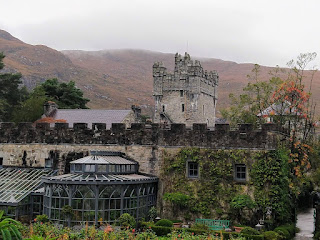 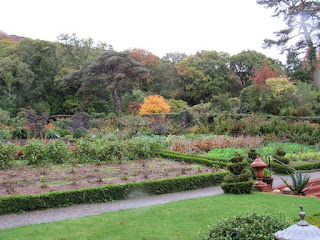 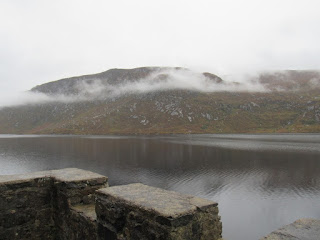 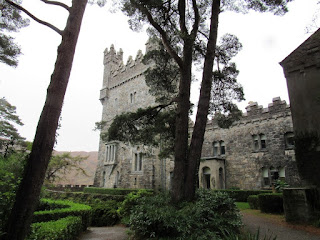 I was there early for the tour, so I was able to walk along the grounds and part of the park for a while. It is an interesting place, and since October is the off season it was quiet and you could just look and reflect.

Next was the Dunfanaghy Workhouse. 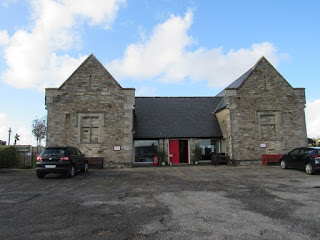 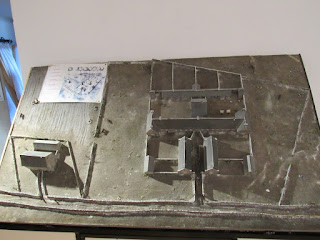 The tour tells of a woman Hannah who spent some time in the workhouse during the famine years. This was around the same period my great great grandparents and family left and settled in the US.

My flight was for the next morning but due to poor planning I didn't realize I'd need to be on the road at by 3 AM to get to the airport. Besides, I would rather be able to see the countryside and any interesting places to stop rather than drive in the dark so I decided to leave that afternoon. 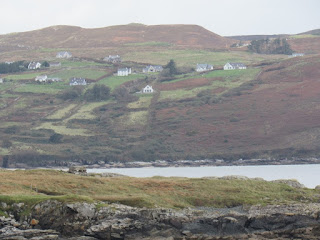 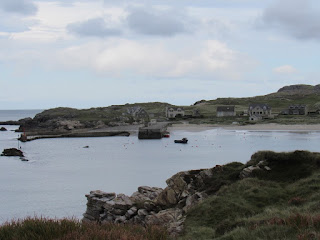 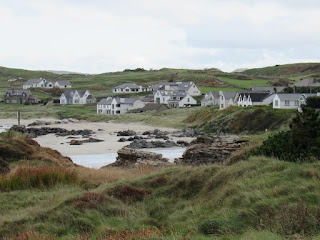 Not long after heading out I came to I think the village of Dunfanaghy  With it being cold and rainy the beach was deserted. 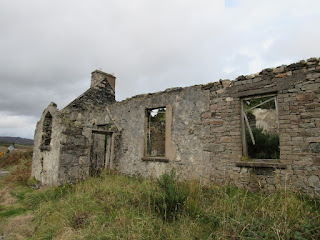 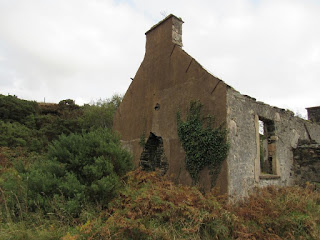 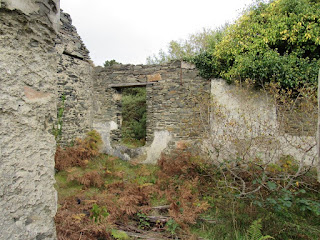 Along the way I saw many ruins like this. Unfortunately, most I couldn't see a way to stop and explore. This was one of the larger ones and from the window to the left on the first picture, I'm guessing it was a church.

It would be fun to research these buildings, find out how old they were and who lived in and around the area back then, but that's a project for another day.

There were a lot of other things I wanted to do but didn't have the time. I'll definitely need to come back someday.