Blogger Amy Johnson Crow has created a challenge, 52 Ancestors in 52 Weeks. Each week the object is to post about a specific ancestor.

Since I started this blog to work on my writing this seems like the perfect motivator for me to get moving on it again.  I will also try to include any citations with the names of living people removed.

Charles "Charlie" McFadden (1891-1900)
One of the family mysteries I am currently working on is Charles McFadden and the circumstances of his death.  According to a letter(1) from my Uncle Daniel McFadden (1900-1996) Charles was born on 14 April 1891 in Roscoe, Washington County, Pennsylvania and died on 20 December 1900 also in Roscoe.
According to a letter(2) from my cousin Kay, who worked on the McFadden family in the 80s and 90s no one in the family who was still living had any memory him.  Edward, a year older and Minnie, a year younger would have known him but if they did remember him they never talked about it to anyone else.
Also, a neighbor and playmate of the McFadden children, who Kay was fortunate enough to interview, also had no recollection of Charles.  Other McFadden children who died young were openly talked about among the family, but Charles was completely left out of the family history.
Charles does appear on the 1900 census (3), but to date no other records have been located. 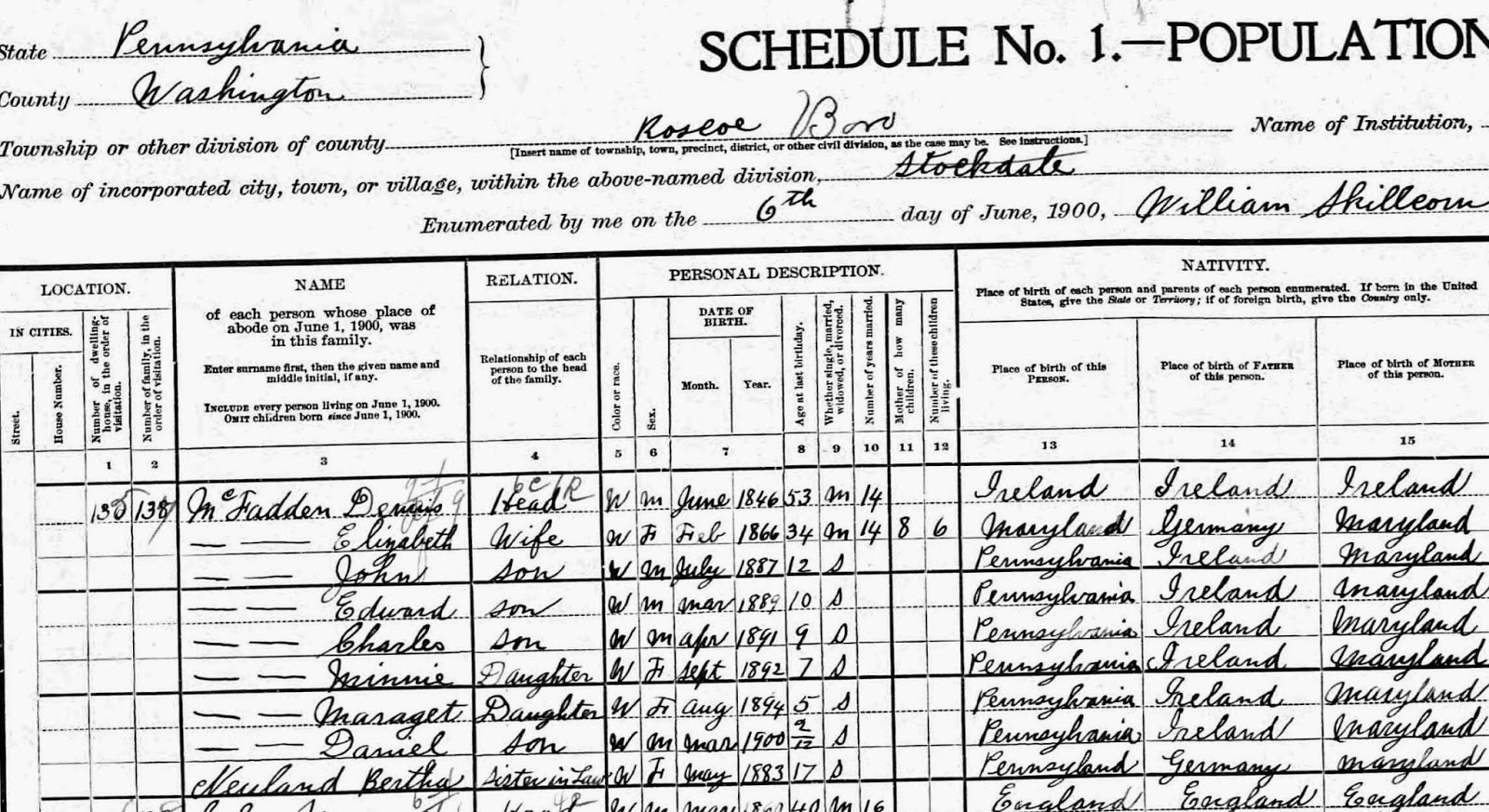 ﻿My main focus right now is to locate a newspaper notice/obituary, death certificate or possibly a funeral home or burial record.

Posted by Daniel Sample at 1:21 PM