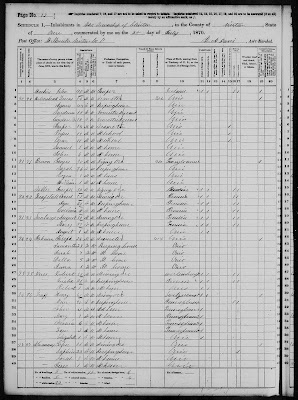 They next appear in the 1870 US census[3]. They still reside in Clinton, Ohio and are both listed as being 65 and there is no one else in the household. 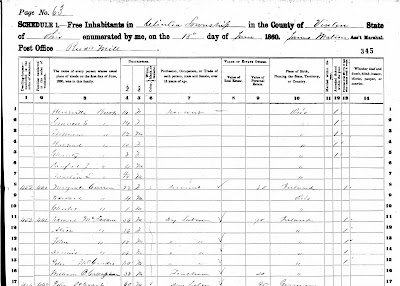 On November 25th 1863 John was killed in the Battle of Mission Ridge in Chattanooga, Tennessee. In 1875 Edward and Alice applied for John’s pension[4]. The pension file for John has a lot of good information about the McFadden family.

One bit of information it provided were death dates for Edward and Alice.

According to information provided to the pension board, Alice died on 17 January 1886.


On December 4, 1887 Edward last received the pension. The notice that Edward was dropped from the role for failure to claim the pension was dated February 12, 1891. It is very likely that he died sometime between 1887 and 1891.


So far I have been unable to locate any additional information on where they are buried or if there was a will or probate file for them.