What was your favorite childhood toy? Is it still being made in some form today?


For some reason when I saw this weeks item, the first thing that came to mind was Col. Steve Austin, a man barely alive... 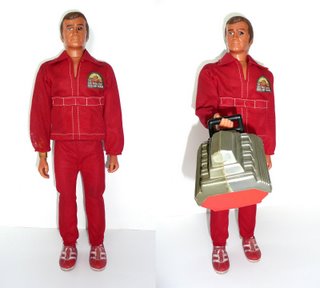 I remember watching the Six Million Dollar Man as a kid and wishing that  I could be in a horrible crash and have various body parts replaced with bionics.  Fortunately one year for Christmas, I got the action figure and suddenly being in a disfiguring accident was no longer on the top of my list of things to do.


A little later Maskatron was added and what made him awesome is that you could give him the face of Steve Austin or Oscar Madison, who never did get an action figure if I recall correctly, and do dastardly things until good ol' Steve showed up to put a stop to it.  He would often kidnap my sisters dolls since we never did get the Jamie Somers figure and they'd end up tied to trees and all manner of objects and wait for Steve to come and rescue her.  In hindsight, all Mascatron needed was a cape and black mustache to twirl, but then the disguises wouldn't really have worked. 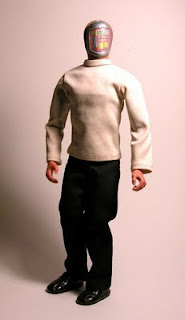 I don't believe any of us got the Bigfoot action figure which in hindsight seems like a terrible oversight on my parents part. 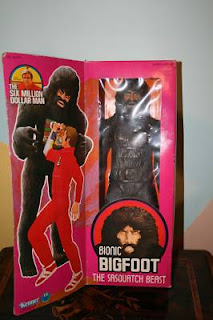 Posted by Daniel Sample at 1:38 PM