Blogger Amy Johnson Crow has created a challenge, 52 Ancestors in 52 Weeks. Each week the object is to post about a specific ancestor.

I have fallen a little behind on this challenge, but hopefully can catch up fairly soon.

While visiting my parents last week, my mother gave me another family journal that she came across while organizing their new place.

At first we thought this diary belonged to my grandmother, Ruth MCFADDEN Webb (1905-1985), but after reading several of the entries it appears to have beem my great grandmother's, Hannah BITTINGER McFadden (1846-1890). 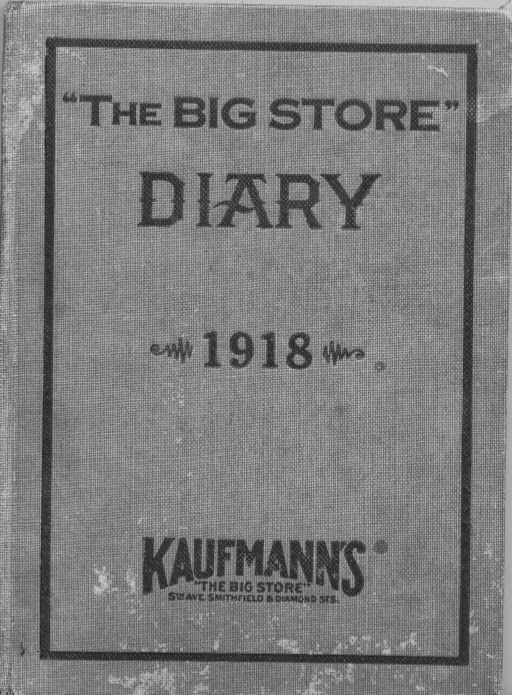 At the back of the diary there are several newspaper clippings pasted on a couple of pages. 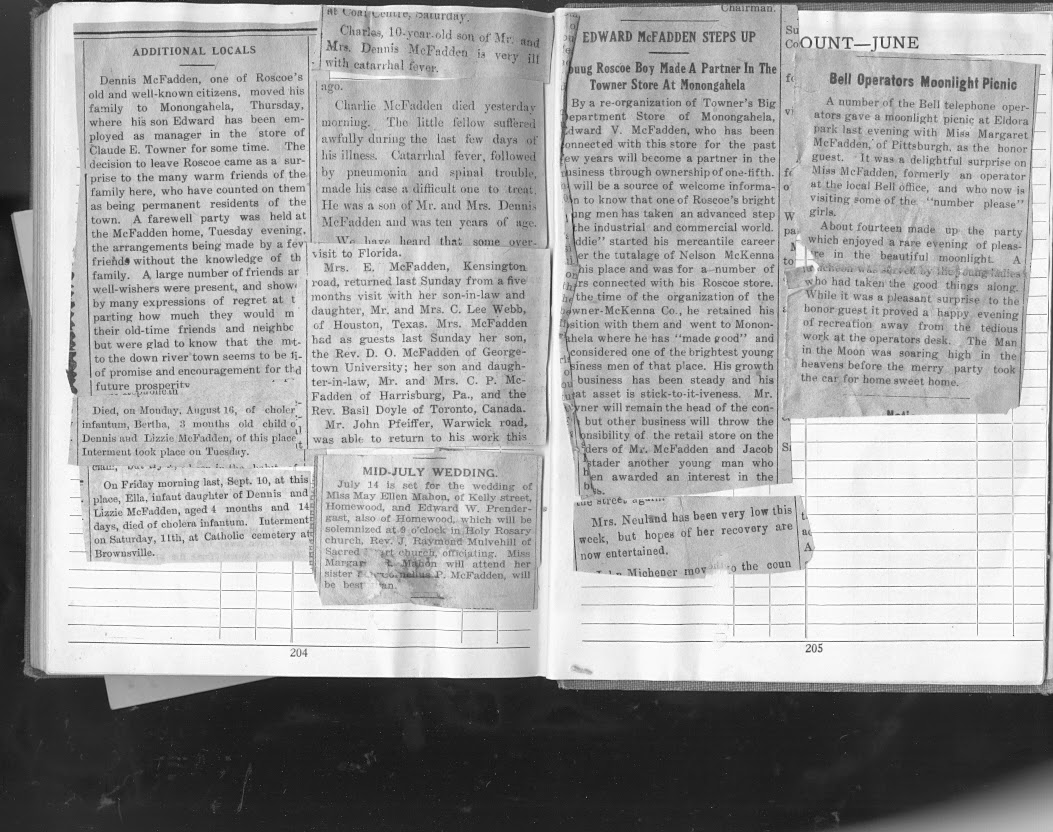 There are two articles that deal with the illness and death of 10 year old Charlie McFadden (1891-1900) which I had previously posted about here:  Charles McFadden.
﻿
One mystery solved, he appears to have died of natural causes.

Catarrhal fever is an infection that affects mostly ruminants, cows, sheep, etc.  according to the Merck Veterinary Manual.  I checked A Medical Miscellany For Genealogists by Dr. Jeanette L. Jerger and What Did They Mean By That: A Dictionary of Historical and Genealogical Terms Old and New by Paul Drake.  Neither listed catarrhal fever.

Why was his death still not talked about among family members?  Family lore has it that Dennis was an alcoholic and abusive to his family.  Because of this I had considered the possibility that Charlie may have died at the hands of his father which would have been a reason why the memory of him was hushed up.  Since other siblings died at young ages, yet were freely discussed among family members through the years, it seems especially odd that Charlie was not remembered.

Unfortunately, the newspaper clippings do not include the name of the publication or the dates the articles were published.     According to the 1900 & 1910 census the McFadden family lived in Roscoe, Washington County, Pennsylvania.  I will focus on newspapers for that area and hopefully I can find the publication information and possible a little more about Charlie's death.

I was also considering using Charles as my case study for when I officially begin working toward certification through the  Board for Certification of Genealogists.   Fortunately, I have several other ancestors that would make for good case studies that I can use for this project.
﻿
Posted by Daniel Sample at 1:54 PM