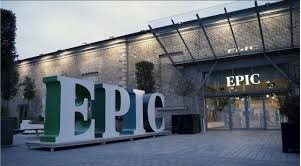 After that we had a talk from one of the staff of the Irish Family History Centre on what to do when there are no more records. 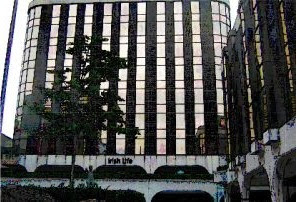 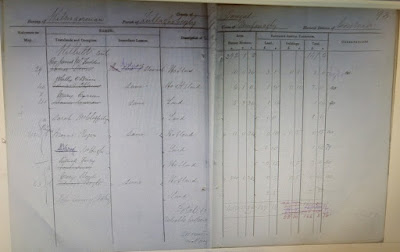 As per usual, my known ancestors won't appear in this record having left a good bit before they started being kept. But I was able to find many McFadden's, Collum's and Ferry's who may be distant cousins. My next plan is to map out their locations and figure out how to determine who may of may not be a cousin. This will likely be a long term project, but once completed I plan to take another research trip and hopefully fill in some blanks. 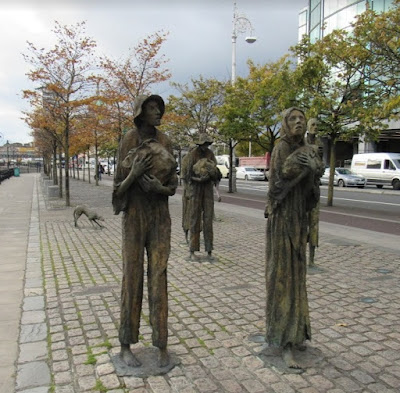 After the Valuation Office closed everyone headed back to the hotel. I decided to go and see the Famine Memorial not too far away.

Then I walked to the Four Courts.Unfortunately there was a lot of construction and stuff blocking the view and I couldn't get a good picture. 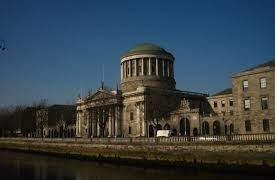 This is where the Battle of Dublin took place in 1922.  From Wikipedia:

"The Battle of Dublin was a week of street battles in Dublin from 28 June to 5 July 1922 that marked the beginning of the Irish Civil War. Six months after the Anglo-Irish Treaty ended the recent Irish War of Independence, it was fought between the forces of the new Provisional Government and a section of the Irish Republican Army (IRA) that opposed the Treaty. The Irish Citizen Army also became involved in the Battle, supporting the anti-Treaty IRA in the O'Connell Street area. The fighting began with an assault by Provisional Government forces on the Four Courts building, and ended in a decisive victory for the Provisional Government." 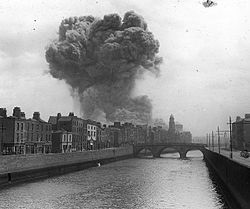 "Several hours before the surrender, at either 11:30 or 2:15 the Irish Public Record Office located in the western block of the Four Courts, which had been used as an ammunition store by the Four Courts garrison, was the center of a huge explosion, destroying 1000 years of Irish state and religious archives."

So, apparently, storing ammunition and old historical records in the same building is not a good idea.

Posted by Daniel Sample at 1:45 PM