Day 9 was a Sunday and not too much was going on in town. I went out and took another walk around town and except for an occasional car I saw very few people out and about.

I came to Falarragh Cemetery and wandered around there for a while. There were quite a few McFadden's and Ferry's but I didn't see any Collum's. No telling yet if some might have been distant cousins. 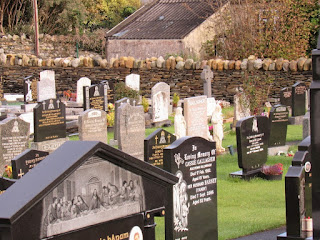 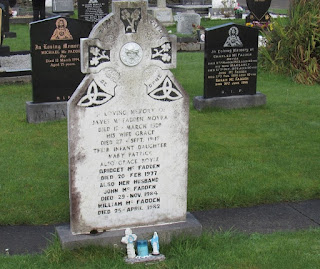 Because it was cold and rainy, after lunch I decided to get in the car and drive around the mountains and look around.  I drove over this bridge a few times before I realized the stone next to it with writing. 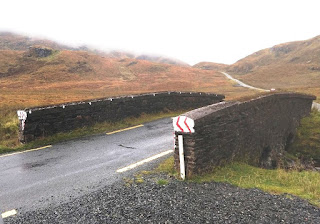 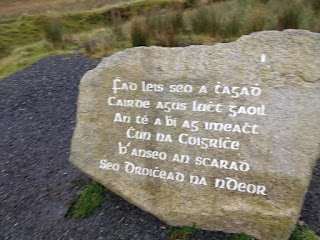 This is where family and friends would say goodbye as others walked over the mountains to emigrate to other locations. It's about 40 miles to the port of Londonderry and about a 12 hour walk. It's likely my great great grandparents and family took this path to come to the US about 1850.

"Family and friends of the person leaving for foreign lands would come this far. Here was the separation. This is the Bridge of Tears".

I think it might be interesting to hike this route starting at the bridge and ending up at the Londonderry port, but that's an activity for another trip.